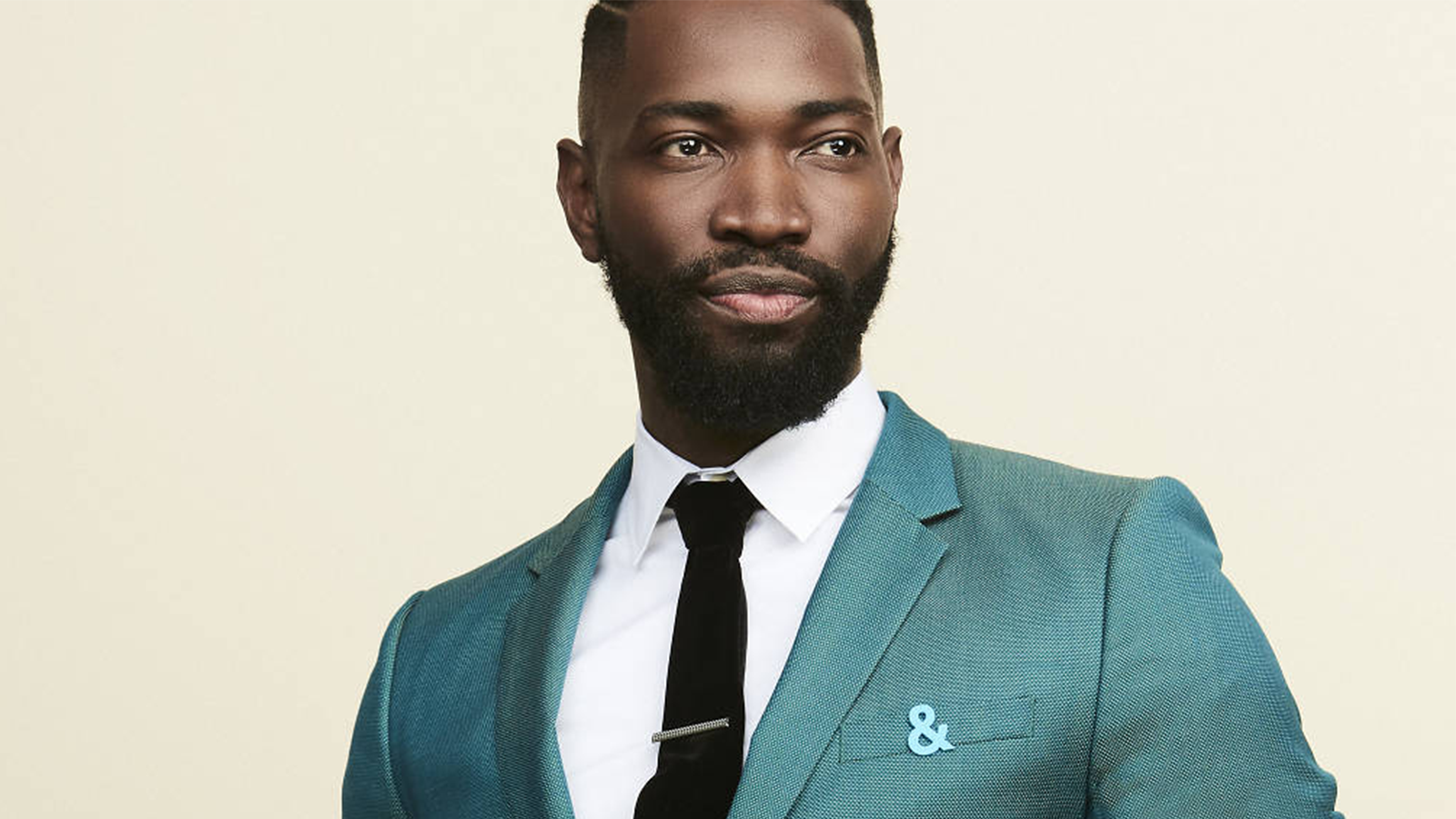 Choir Boy is just around the corner!

In this edition of CS Grid, we look at the remarkable career of Academy Award-winning playwright Tarell Alvin McCraney. Known for co-writing the film, Moonlight, guest writer Glodeane Brown takes us back to his creative milestones that eventually weaved into Choir Boy, that will be live on stage at the Bluma Appel Theatre this fall.

Tarell Alvin McCraney catches the young heart really well, and how much those formative times in a young Black man’s life really steer the way for what the future can hold or what it can provide. Choir Boy is akin to that sort of continued investigation of what experiences we have as youth and the fundamental relationships that we need in order for us to succeed, to thrive, and literally to live. He talks about life and death in all of his stories, and Choir Boy is no different.

Tarell Alvin McCraney is a prolific and acclaimed American playwright, screenwriter, and actor. His career is defined by fresh, and innovative works. After graduating from DePaul University in 2003, he went on to Yale’s playwriting program, graduating with his master’s in 2007. In interviews, he often speaks about his love of community work and collaboration, and the passion he’s had for storytelling from a young age. His Baptist minister grandfather helped to deepen his understanding of the power of narrative.

After graduating from DePaul University in 2003, he went on to Yale’s playwriting program, graduating with his master’s in 2007. In 2013 he was awarded the MacArthur Foundation “Genius” Grant. Winners of this grant have a track record of significant accomplishments. The foundation annually awards unrestricted fellowships to talented individuals who have shown extraordinary originality and dedication in their creative pursuits and a marked capacity for self-direction. The MacArthur Fellows Program is intended to encourage people of outstanding talent to pursue their own creative, intellectual, and professional inclinations.

2017 was a big year for him. That year returned to Yale as the Chair of Playwriting at Yale School of Drama and won the Academy Award for Best Adapted Screenplay for the 2016 film Moonlight, co-written with director Barry Jenkins. McCraney and Jenkins both grew up in Miami’s Liberty City where Moonlight is set. Though they were just blocks away from each other as children they met for the first time as adults. The film was based on McCraney’s semi-autobiographical coming of age play, In Moonlight Black Boys Look Blue. The multi nominated, culturally significant film marked many firsts including being the first queer centred film with an all-Black cast to win Best Picture. The success of Moonlight prompted a re-examination of his catalogue of work, leading to several revivals. His renowned works include the plays Choir Boy, Head of Passes, Ms. Blakk for President, The Breach, Wig Out!, and the critically acclaimed trilogy The Brother/Sister Plays: In the Red and Brown Water, The Brothers Size, and Marcus; Or the Secret of Sweet. 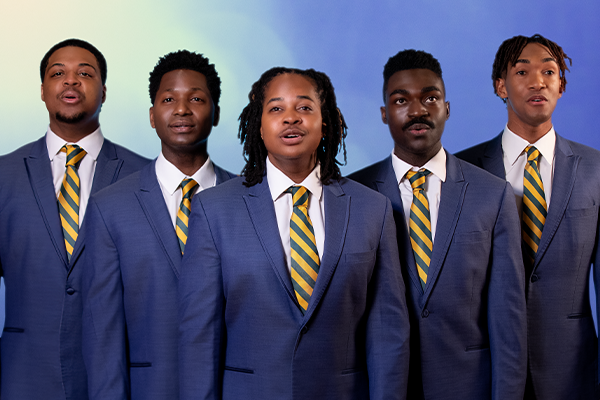 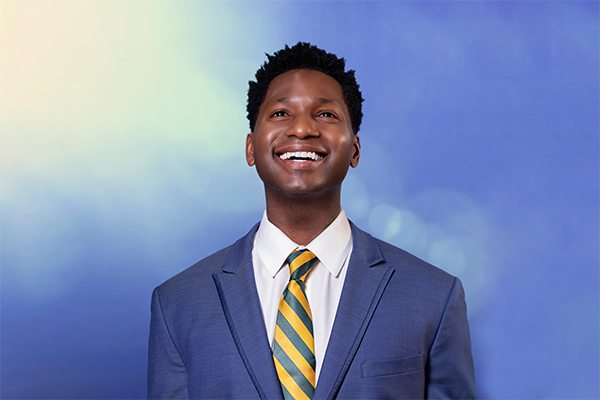 Choir Boy first premiered in London in 2012 before making it to Broadway. The original off-Broadway production and the Broadway production were both nominated for several awards. The play received four nominations at the 2019 Tony Awards, including Best Play; and won for best sound design. Earlier this year Yale Repertory Theatre presented a new production of Choir Boy. A few months later the play was produced by Steppenwolf Theatre Company in Chicago where McCraney has been an ensemble member since 2010. Over the past decade Choir Boy has been produced across the United States. It was produced in Montreal in 2018 and in 2022 makes its Toronto premiere. Reviewers have called the play “joyful”, “outstanding”, “extraordinary”.

Post Moonlight, McCraney has continued to work in film and television. He wrote the screenplay for the well-reviewed 2019 Netflix sports drama High Flying Bird. The story was suggested to him by André Holland, who starred in Moonlight. The film was directed by Academy Award and Prime Time Emmy winning director Steven Soderbergh.

As creator and co-executive producer of the television drama David Makes Man, McCraney draws inspiration from his life, returning to both to the coming-of-age genre and Florida in the story. The show focuses on David, a South Florida teen from a poor neighborhood who is haunted by the death of his friend and relied on by his hardworking mother to find a way out of poverty. David Makes Man premiered on Oprah Winfrey Network (OWN) in 2019. The second season premiered on June 22, 2021.

The coming-of-age theme is one that McCraney returns to often in his work. This is true of Choir Boy. The play focuses on the story of Pharus Young, gospel choir leader and student at Charles R. Drew Prep School for Boys. The school has an all-Black student body, and the goal of the institution is building ‘strong, ethical Black men.’ Pharus is gay and wrestles with his masculinity and sexuality and the school’s traditions of what it means to be a ‘strong, ethical Black man.’ McCraney never went to a boarding school for boys, but the story is based on conversations he had with others who had those experiences. Those conversations led him to do research to better connect to their experiences and then in writing the play he tied in as much of his own personal story as he could. He encourages aspiring playwrights to draw from their own background and embrace their individuality when writing because everyone has a unique perspective. McCraney told The New York Times that as a playwright he’s always thinking about how the audience is being spoken to and why, and about how generous he can be to people coming to see the shows, including people who are new to going to the theatre.

Glodeane Brown (she/her) is an arts management professional, an arts and culture blogger, and a public art coordinator. Glodeane is the Founder and Editor of Culture Fancier, the blog she started in 2016 to educate, entertain, and inspire people. She writes about art events and regularly features local and international creative professionals. She has worked with several arts organizations to provide services ranging from jurying to facilitating panels. She has written for Laurier’s The Women Entrepreneurship Centre (WEC), curated., and Ontario Culture Days. In 2020 she received an arts award from Arts Awards Waterloo Region for her contribution to the local arts community. 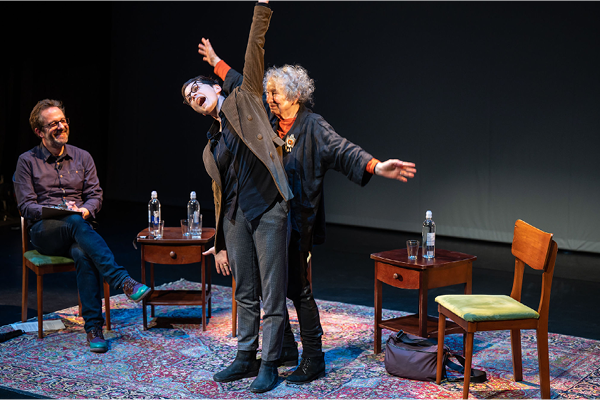 In Conversation with Magaret Atwood and Ann-Marie MacDonald

We're delighted to have welcomed Margaret Atwood and Ann-Marie MacDonald for the "In Conversation" chat hosted by Roland Gulliver (Director of the Toronto International Festival of Authors) in the Berkeley Street Theatre as part of the Fall On Your Knees ancillary events. Continue reading for some memorable moments from the evening. 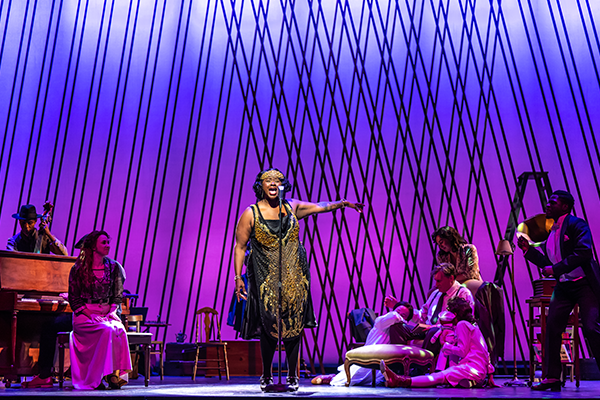 Adapting Fall On Your Knees for the stage with Alisa Palmer

We’re thrilled to present the epic, two-part stage adaption of Ann-Marie MacDonald’s internationally best-selling novel, Fall On Your Knees! In this edition of CS Grid, we’re delighted to interview Alisa on what compelled her to direct the stage adaptation, why the story resonates with us today, what fans and new audiences can expect, and so much more! 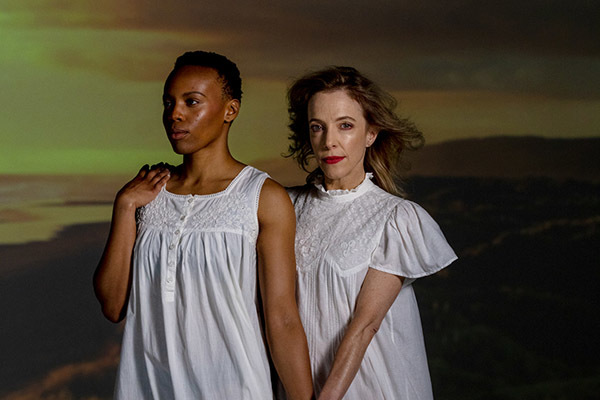 Support for Fall On Your Knees

Transforming an inspired idea into a large-scale creation for the stage is only possible with major financial and artistic support. Thank you to all the generous support from funders, underwriters, and donors from across the country who fuelled this project. 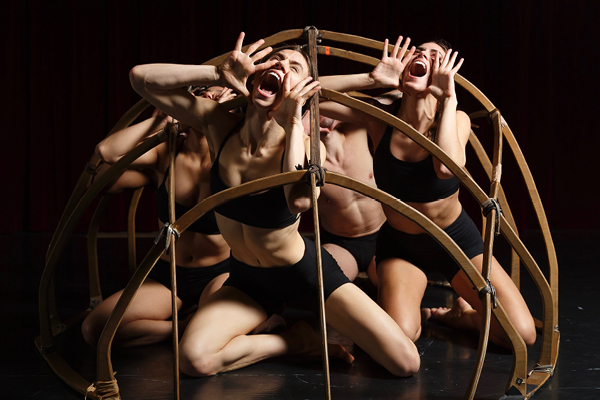 The Journey of Miigis: Underwater Panther with Sandra Laronde

In this edition of CS Grid, we interview Sandra Laronde to learn more about the creation of Miigis: Underwater Panther the importance of presenting this production, what audiences can expect, and the future of Red Sky.