In Crypto, a husband-and-wife capture a wild creature in a desperate attempt to save their bad marriage. A plastic surgeon is called in to alter the creature, with disastrous results. It’s a modern-day fairy tale. But no one ends up living happily ever after. “It’s a fantastical story that ventures beyond the formulaic,” says the work’s creator Guillaume Côté, who made the multimedia work collaboratively, with an international team of creatives ranging from an avant-garde librettist and digital animator to dancers at the top of their game. “It’s a different type of project,” he adds, “one open to experimentation.”

Five years in the making, Crypto shakes things up, dramatically speaking. Where most contemporary dance is abstract, fundamentally allergic to storytelling, Crypto sinks its teeth into a darkly twisted narrative about flawed characters and the twisted relationships they weave. The stage is as black as the heart of one of the protagonists, making Crypto about as dark as the Brothers Grimm, and just as psychologically intriguing. “This isn’t Cinderella,” as rehearsal director and stage manager Anisa Tejpar bluntly puts it. “We’re taking the audience on a new trip, far away from the usual. It’s not for the faint of heart.”

A long-time National Ballet of Canada dancer, Côté choreographed the hour-long work from an original idea by the Canadian-born, New York-based librettist Royce Vavrek whose Pulitzer Prize winning 2017 opera Angel’s Bone, about a fallen angel and the underground Korean sex trade, had cemented his reputation as a writer of poetically edgy books for the theatre. Filmmaker Atom Egoyan had recommended Vavrek to Côté after he had asked for help in finding a writer who could help realize an ambition of making a plot-driven work for his own multidisciplinary Côté Danse company. The creative juices flowed as soon as they met.

“Royce was so dynamic, such a wordsmith with a rich vocabulary,” Côté recollects about their first face-to-face encounter five years ago, “and when I asked if he could write a simple synopsis, he started telling me this quirky story that got weirder as it went on.” Côté was thrilled. He had found the right creative partner. “His idea,” he elaborates, “gave me license to do something exaggerated. I wouldn’t have to be natural. I could push dance forward, do something extraordinary.”

To make it happen, Côté assembled a team of creatives whose own dynamic energies would help drive the artistic process towards a goal of dance innovation: Christopher Read, who made the sleek, body-conscious costumes, multimedia designer Thomas Payette, of Montreal’s mirari digital design studio, who has contributed animation, illustration and other striking visual effects and composer Mikael Karlsson, a frequent Vavrek collaborator, who created the original score. The music and technology are tightly synchronized, a coordinated light and sound spectacle which takes the audience on an emotional journey. The voices of pre-recorded actors, speaking some of Vavrek’s poetical words are amplified over the staged action, layering in textural complexity. But it’s the dancing, showcasing a blend of classical and contemporary idioms, that’s the star of the show. And it is top-notch, performed by seasoned professionals who’ve earned the right to take artistic risks while gliding in socks across the stage. “Storytelling is at the forefront here,” Tejpar says, “but it’s storytelling that showcases physical prowess.”

With Crypto, Côté reunites with Greta Hodgkinson, a former reigning ballerina at the National Ballet until her retirement from the company, after 30 years, in 2020. Côté danced with her at her farewell Toronto performance and continues to dance with her still. But she’s more than a favourite dancing partner. Their working relationship includes other contemporary dance creations – for instance, the Sartre-inspired Being and Nothingness and the boldly reimagined Bolero — works where Hodgkinson’s intensely dramatic stage presence and razor-sharp technique shaped and propelled Côté’s choreography. “It’s a partner relationship and it’s a creator relationship,” Hodgkinson says. “We’ve had a symbiotic relationship for a long time. It’s been really nice to grow together, to see the work evolve.”

In Crypto, they play the married couple who will do anything, including unconscionable things, to reignite a dying passion. Performing alongside them are Toronto indie dancer Natasha Poon Woo who plays the doctor, and Casia Vengoechea, formerly of the Royal Swedish Ballet and Nederlans Dans Theatre, who plays the natural being they all manipulate and destroy. 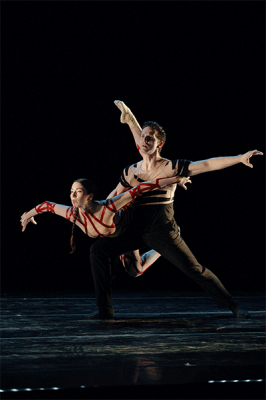 Vengoechea’s unique physicality, her ability to roll and improvise while on the floor, directly inspired Côté’s creation. “Guillaume was super open to me embodying things in my way,” says Vengoechea, today a freelance contemporary dancer based in Berlin. “He gave me the space to further inhabit and discover what this creature is about.” From his perspective, he had little choice. He was completely in awe of what she could do with her body and allowed her unique way of moving to dictate to him how to bring this creature to life.

“I don’t think other people can do what she can do,” he says, “and I think she’s the only person who can play that role. Her body is such that I needed to work with her, to understand her body and understand what was possible. That was very educational for me.”

But the real learning curve was figuring out how to make the dance powerfully communicative without resorting to gestures or poses that render that communication obvious. “We worked hard to find ways to tell the story with movement that wasn’t representative of specific language,” explains Poon Woo, a virtuoso contemporary dancer who last collaborated with Côté on Touch, his immersive dance piece which electrified audiences when it debuted in Toronto last fall. “The story isn’t just told by the physicality of our bodies but also in the way we use our faces and the way we look at one another. There is a clear emotional intent behind each scene and each interaction, which also drives the story forward.”

That story is open to interpretation. The team decided early on that it shouldn’t be spoon fed to the audience but presented in ways that make the audience feel part of the creative journey. The story is about these four distinct characters, how they relate to each other, that’s the core of it. But within that is a fusion of other art forms – poetry, music, projections -- that catapults the spectator into new dance territory. That’s the real thrill of it all.

“For certain dance performances, you want the audience to take away the physicality, the bravura of the steps or the sensibility of the dancers. But for this particular show,” Côté says, “I think that because we’ve worked with storytelling and made sure that everything is seamless, I would like people to walk away thinking about how they were transported for an hour and a bit into a different world via this strange foursome that gave them this weird idea. Dance doesn’t have to be tights and lights. It doesn’t have to be that format. I’m pushing it by just doing exactly what I want to do, which is to break the mold.”

Deirdre Kelly is the author of Ballerina: Sex, Scandal and Suffering Behind the Symbol of Perfection, named by the Guardian as the best dance book on a Top 10 list published in 2021. Her first book, the best-selling memoir Paris Times Eight, came out in 2009. An internationally recognized dance critic, she is a two-time recipient of the Nathan Cohen Prize for outstanding critical writing and a National Newspaper Award finalist and certificate of merit holder in the category of feature writing. From 1985 to 2017, she was an investigative reporter, arts writer, senior fashion reporter, columnist and critic on staff at Canada‘s Globe and Mail newspaper. She has an MA in English from the University of Toronto and since 2017 has been the Editor of the award-winning The York University Magazine. In 2021, she collected an Alumni of Achievement Award from University College, at U of T, for her journalism advocating for greater diversity and transparency in the arts. 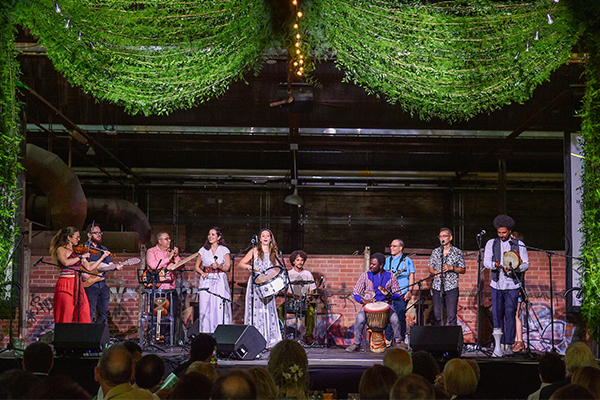