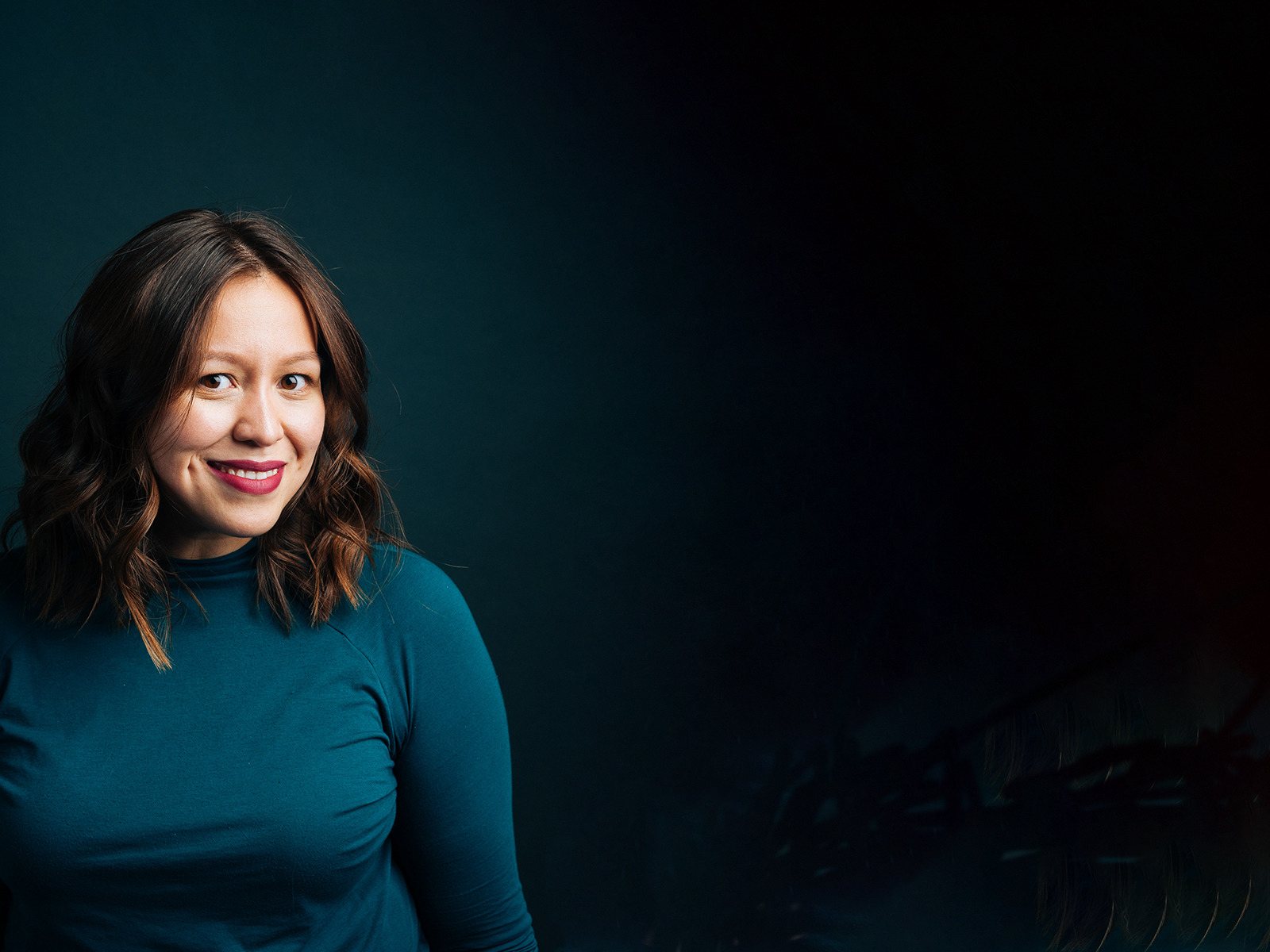 “This is a version of Cloudless,” director Alison Wong asserts.

During the final leg of her Canadian Stage x York University MFA Program, Wong had seen a few of her projects go belly up due to lockdowns.

Since 2011, the two-year MFA program has acted as bridge between emerging and established theatre artists. This landmark collaboration has provided advanced training in large-scale theatre directing both in York's academic setting and through creative projects at Canadian Stage.

One such project for Wong: working with Canadian Stage’s Artistic Director, Brendan Healy, on a staging of Olivier Choinière’s Public Enemy planned for earlier this year.

She was also collaborating with José Teodoro on a production of his Screen Door. When that too was shelved, Teodoro approached her with a bold idea: directing his latest work, Cloudless, as an audio play—and part of her MFA practicum.

Originally planned as a traditional stage show, Wong and Teodoro began reimagining it as an entirely auditory experience.

Cloudless tells the kind-of-true-story of the disappearance of two women during a diving expedition in Oaxaca, Mexico. Two decades later, five characters touched by the incident in different ways—Laura, Maria, Pablo, Sebástian, and Ximena—recount the events surrounding the fateful day. It is an incident that has sent their lives into unexpected directions involving secrets, travel, sexual discovery, natural disasters, drugs, spiritualism and emigration.

“A big part of my interest as a storyteller is how we relate to and use other languages in our lived experience. And the way that José wrote Cloudless, there are elements of it that are a plurilingual experience. And also this idea of transnational storytelling. What happens to a story when it travels from place to place? And how are they shaped by the other stories and places they encounter?” Wong gesturally pulls the words out.

Now part podcast, part radio drama, part documentary, the 6-episode memory play gives each of these characters the chance to tell their own version of the story. Their memories, experiences, and perspectives—and those of the audience members—play a role in determining what really happened.

Bringing the piece to life was an unusual creative endeavor for the opera-director-turned-indie-producer. (Wong produced Susanna Fournier’s The Empire Trilogy, directed by Ted Witzel. He is a Canadian Stage x York University MFA alum who originally encouraged Wong to pursue the program as well.)

Typically a director spends months with her actors, before releasing them to a live audience for the duration of the show’s run. But with Cloudless, it was Wong who was living with the work long after the actors had completed their parts.

“Instead of directing the actors and then on opening night, saying ‘Okay, see you later’ I feel like the actors have done that to me. The really in-depth work is the editing process. I feel like I have the actors voices with me all day long.”

Her formal training (she has an Honours Bachelor of Music in Voice Performance at the Don Wright Faculty of Music at Western University) and experience with opera helped Wong understand the importance that music and sound would play in Cloudless.

Foregoing traditional sound effects and foley work, she says, “We were really interested in how to underscore the story, and [composer and sound designer] Stephen Lyons plays a really big role in that—conceiving in the sonic world with us.”

The creative process (complete with Zoom read-throughs, natch) was not the only aspect that makes the work such a product of these harrowing times.

“I read Cloudless before COVID-19, but now what I take from the piece is how we live with ambiguity,” Wong explains. “There is a lot about this time that is ambiguous—and how we reckon with that in our lives, how we wake up every day and carry on. I feel like this story really touches on that.”

Which brings us back to Wong’s assertion:

“I think I always approach it as ‘This is a version of a story,’ and it’s always collaborative. I think a big part of my responsibility is curating the room. Who is the we? Who is the we who becomes a part of our story?”

And Wong, much like the characters in Cloudless, is telling one version of the truth, perhaps differently than how someone else might tell it or even in a different way than she might tell it in another time or another place. 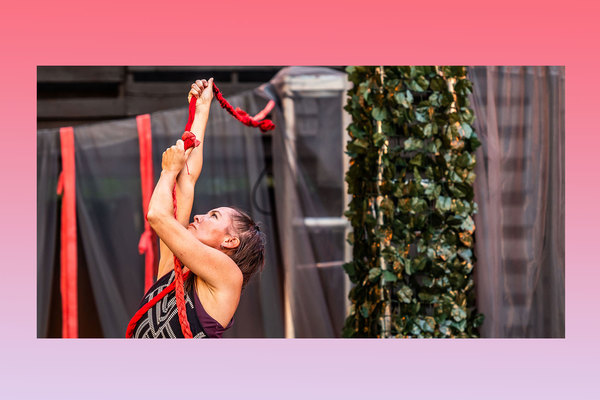 Empowering the Movement Within

Christine Friday is an Indigenous storyteller, choreographer, and dancer. In this edition of CS Grid, we take a deep dive into Christine's life story beyond the stage, inviting you into her mindscape and work inspirations and her relationship with self. 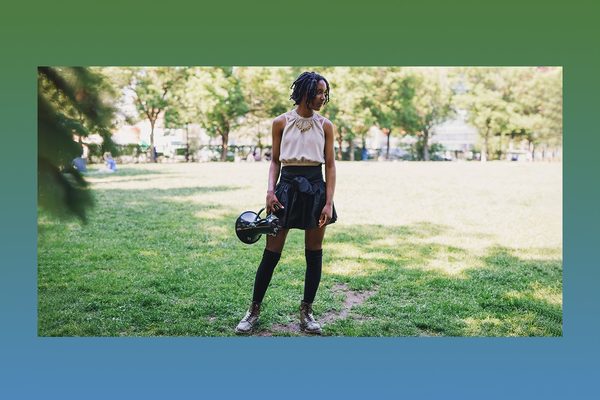 Is My Microphone On? If I Could Vote

Curated from responses by the youth performers of Is My Microphone On?

In this edition of CS Grid, we invite cast members of Is My Microphone On?, all between the ages of 13 to 17, to tell us what they care about. Find out what stirs their hearts, what answers they want, and what actions they demand. 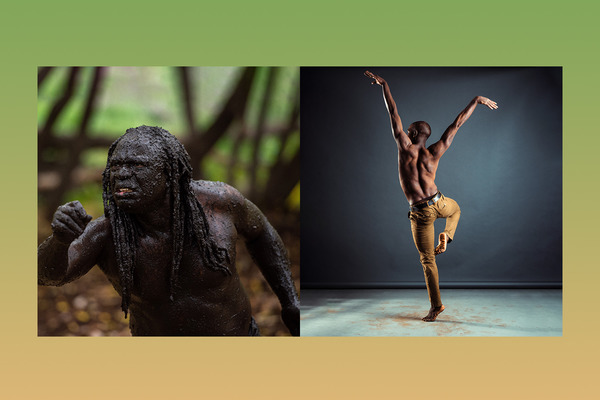 On Ancestral Reconnection and Intergenerational Rhythms

MUKUTHÔ comes at a unique time and place, having it's world premire as part of Canadian Stage’s Dream in High Park summer program in Toronto. We hear from Timea Wharton-Suri, Curator and Program Director at dance Immersion, who gives us an inside look at the beginnings of this creation and how the work landed at High Park. 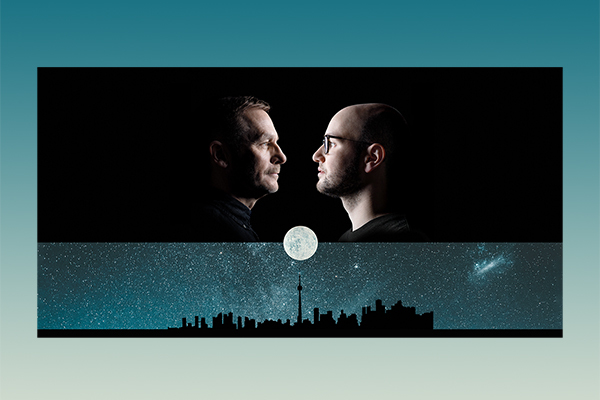 In Conversation with the Minds Behind BLACKOUT

Reproduced by permission of The Musical Stage Company

Interview excerpts with the BLACKOUT creators, Anton Lipovetsky (Crescendo Artist) and Steven Gallagher as well as Director and Dramaturg, Ann Hodges about their experiences developing the production.